For organizations around the world, implementing state-of-the-art security and personal data protection (using both technical and organizational measures) is now a must. In the wake of the recent Equifax incident, this article outlines why data security and privacy accountability is important and how organizations can responsibly manage their sensitive data.

On September 7, 2017, Equifax disclosed arguably the most severe personal data breach ever, affecting up to 145.5 million U.S. consumers, between 694,000 British consumers, and approximately 100,000 Canadian residents. The global consumer credit reporting agency announced that between March 2017 and July 2017 hackers could access consumers’ personal data, including names, social security numbers, birthdates as well as driver license numbers. Also, the details of up to 209,000 credit cards were reportedly compromised.

While previous breaches have exposed the details of more people overall, the Equifax incident is significant due to the highly sensitive nature of the leaked information. Although some of the data is of temporary nature and can easily be refreshed (such as credit card numbers), other types are more difficult to change (including addresses or social security numbers).

It’s not difficult to imagine why the leak of unchangeable “lifetime data, including customers’ names and birthdates, is extremely alarming to consumers. As a result, the incident has been followed by significant media outcry, inspired the introduction of legislation, and sparked investigations from the FTC and FBI. Not to mention the value of Equifax’s stock fell by a third in the days following the disclosure.

Another Case for Encryption

Due to the extent of the Equifax data breach, it is not surprising that it took less than two weeks for the first privacy regulator to take legal action. The attorney general of the state of Massachusetts filed a lawsuit against Equifax under to the state’s consumer protection laws.

The complaint alleges that the credit reporting agency failed to adequately secure its portal after the public disclosure of a major vulnerability in the open-source software used to build its consumer redress portal and failed to maintain multiple layers of security around consumer data. It also argues that the credit rating agency violated the law by keeping Massachusetts’ residents’ information accessible in an unencrypted form on a part of its network accessible from the internet.

Given the fact that the company collects and aggregates the information of more than 800 million individual consumers worldwide, it is disturbing to learn that encryption was not being used effectively by its IT security team in this case. The lack of encryption is even more surprising when viewed through the lens of the Equifax’s main business activities: acquiring, compiling, analyzing, and selling sensitive personal data.

The Massachusetts’ claim alleges that Equifax’s market position and business nature obliges the company to go beyond the regulations’ minimum requirements and “implement administrative, technical, and physical safeguards […] which are at least consistent with industry best practices.” As one of the most commonly used and best-practice security measures, the encryption of sensitive consumer data should have been ensured.

What if the Equifax incident had occurred a year later?

In the first months of 2018, several important pieces of new EU legislation will go into effect, including the General Data Protection Regulation (GDPR) and the directive concerning measures for a high common level of security of network and information systems across the Union (NIS Directive). Both laws bring about significant changes in the domain of data protection and cybersecurity and introduce a new set of requirements with which companies must comply. Had the Equifax breach occurred in July 2018, the agency would likely face legal claims pursuant to GDPR and NIS Directive.

The NIS Directive aims to achieve a high common level of security of network and information systems within the EU. In doing so, its provisions apply to all providers of digital services active in the EU as well as operators of essential services active in the Union. GDPR, on the other hand, places stringent data protection and security obligations on anyone handling personal data of EU citizens.

Similar to NIS Directive, the GDPR requires companies processing personal data to implement appropriate technical and organizational measures that ensure a level of security appropriate to the risk, taking into account state-of-the-art costs, purposes, and impact. In this respect, the regulation regards encryption as one of the appropriate technical measures to be implemented. Failing to encrypt customers’ data properly, Equifax would likely be non-compliant with its relevant provisions.

GDPR also requires an organization to notify authorities within 72 hours of becoming aware of the breach, so it’s Equifax’s disclosure of the data breach more than six weeks after it occurred would certainly not comply with the obligation to notify the supervisory authority without undue delay. Once again, had the incident occurred a year later, failing to act in accordance with the law could result in Equifax being charged with penalty fees of up to 4 percent of its total worldwide annual turnover, which would amount to about EUR 130 million, per breach.

Both breaches could have been prevented had Equifax diligently carried out the Data Protection Impact Assessment (DPIA) required by the EU GDPR. The DPIA is a legal requirement under the GDPR for organizations processing personal data in a way which is likely to result in high risk to the rights and freedoms of natural persons. Though it is not only important from the legal compliance perspective, the DPIA can also provide organizations with a systematic description of personal data processing, including special categories of data, an assessment of its necessity and processing, as well as identification of risks and the measures in place to address them.

In other words, DPIA serves as a valuable strategy and validation tool for testing and assuring data and security strategy. It provides organizations with many benefits, including the potential for structural savings, data minimization, and scalability of the business model. Hence, based on the extent of the incident it is clear that a diligently carried out DPIA would and should have raised plentiful red flags for Equifax to address.

It Could Happen to You

Given the thousands of UK and Canadian citizens who were also affected by the Equifax incident, some have claimed that the filing of the lawsuit by the Massachusetts attorney general may just be the tip of the iceberg. Indeed, it may as well be the case. At the same time, however, there remain thousands of organizations processing sensitive personal data which constitutes an essential part of their business.

Irrespective of the new legislation entering into application in 2018, if organizations have not started addressing the issues of security and protection of personal data of their customers, the Equifax saga may in the end only serve as an overture to a swiftly developing and extensive narrative featuring a growing number of unprepared characters. 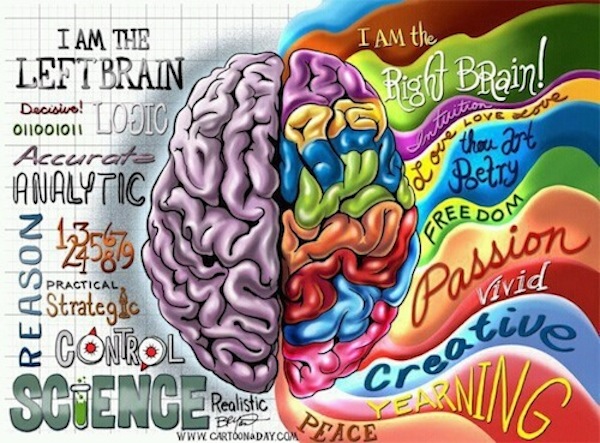 The views and opinions expressed are personal and not the official view of Arthur as attorney at law or his firm Arthur’s Legal.